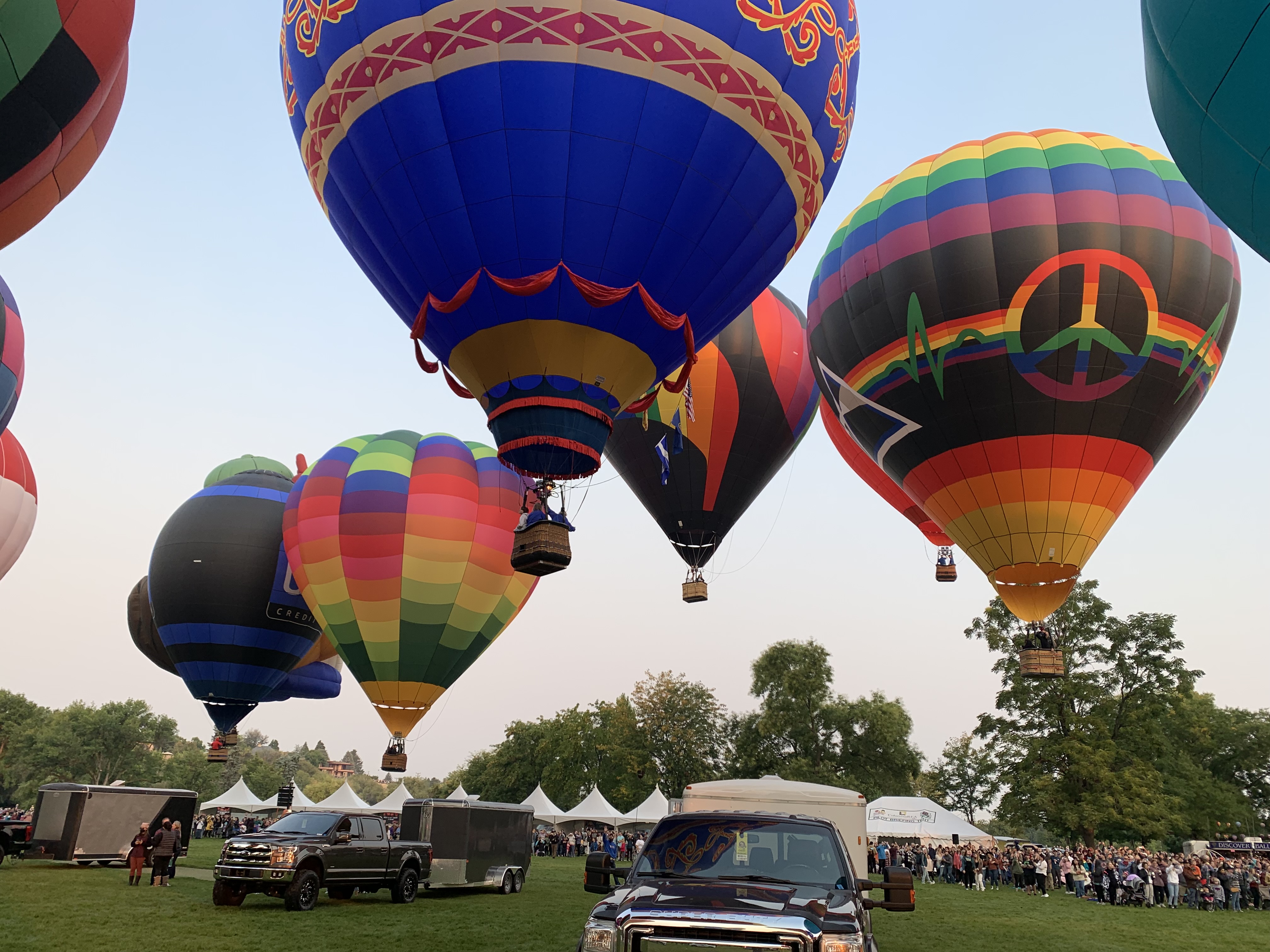 The Spirit of Boise Balloon Classic has a long, successful award winning history in Boise.


We lost the founder of this event, Scott, in early 2020. He had an unequaled love of ballooning and this, along with his imagination, vision and energy is still felt each year as the balloons fill Ann Morrison Park. 2022 is the 31st anniversary of the Scott Spencer Spirit of Boise Balloon Classic.


Hosted annually at Ann Morrison Park, the event brings together locals and tourists alike who enjoy being surrounded by endless colorful balloons, inspiring music, and their favorite local radio stations.

All launches are weather-permitting, however they typically take place starting at 7:15 a.m. and last until as late as 9 a.m. You can frequently see the hot air balloons soaring over downtown Boise, with the occasional balloon falling on historic landmarks, including building rooftops, right in the middle of Broadway avenue, and even the front lawn at our Capitol building!

With free tethered rides on Cap Ed Kids, a chance to meet aeronauts each morning and a one-of-a-kind Nite Glow spectacular, the Spirit of Boise Balloon Classic is truly an event you need to experience!